An update on RIOT, the Engine Upgrade, and Customer Support

AN UPDATE ON RIOT BETA

Listening to feedback and short-term plans.

First, many players have asked why we "wasted" time doing RIOT, and I think that's a valid question.

The mechanics for RIOT were specifically designed to give my team a chance to learn how the inner workings of APB fit together. I felt that we could implement this mode without taking a lot of dev resources and we could keep our focus on the Engine Upgrade. Not only that, the experience would give us an excellent sandbox to make mistakes. If we messed up RIOT, we could simply set it aside with no lasting damage. If we mess up the main game, then it becomes much more difficult to fix.

The design for RIOT also included a number of underlying systems that we need. Some systems are focused on design elements such as cleaning up the district blocks or tracking new aspects of play. Other systems focused on replacing Joker Mystery Boxes. It's clear that legislation will eventually make these illegal, so we needed new ways of building value that our players can spend money on.

Next, here are some interesting stats for the first week:

We are spending a lot of time going through all the feedback here on the forums to see what is feasible. There have been lots of great suggestions.

There are clear issues with the mode, and the team is working on a relatively light weight pass of tweaks and fixes to make it more fun. Areas that need work are the end-game, sound, and respawns.

Right now, the big decision I need to make is whether to:

(2) add some more tiers along with another reward that will enable players to continue grinding Joker Tickets while we make changes.

I'm not interested in clinging to or defending something that isn't working, but I still see some value in the mode itself - just perhaps not in the original way we intended.

We are not moving forward with any Battle Pass or Seasonal content until the kinks are worked out.

WE WELCOME YOUR FEEDBACK.
Join the conversation on our forums. https://forums.gamersfirst.com/topic/9813-riot-feedback/

For PC, everything is now done except for migrating Unreal package content.

To give specifics, there are 1498 packages used in the game:

So far we have converted about ~83% of them:

That leaves 249 packages to migrate, but these are all somewhat more difficult.

We still have plenty of bugs and crashes that need to be fixed, but we now have all the code, systems, and server work completed.

Performance testing of the Engine Upgrade is very important. Not many people would trade better looking graphics for worse performance. In APB's case, there are currently disk-based stutters and bad support for multiple CPU or GPU cores. One of our primary goals with the Engine Upgrade is to fully utilize modern hardware.

DISCLAIMER: It is important to point out that the Engine Upgrade has an entirely different rendering pipeline - some good and some bad. Many players have seen what the console builds look like, and the performance on those devices is terrible. The starting point of the Engine Upgrade was these exact console versions just running on PC, so there has been a lot of work to do since we started. Unfortunately most of the work is very specialized and cannot be done by a huge team without tripping over each other. We have kept as many people dedicated to the upgrade as possible, but this work is filled with rabbit holes and pitfalls. Sometimes areas that appear simple to optimize end up using global data that touches many other areas of the code.

I want to thank @SKay for all of his hard work leading the benchmarking effort to help us gauge progress in these areas.

To make sure the test runs were valid, they had to be able to easily reproduceable as well as being able to give a proportionate representation of what a user might see during their time in APB. The game environments vary from claustrophobic to wide open, and the benchmarks needed to account for both. In the end, he chose a short car drive that would force the game to move quickly through as many different areas as possible under consistent conditions.

The main goals of the benchmark are to insure that: 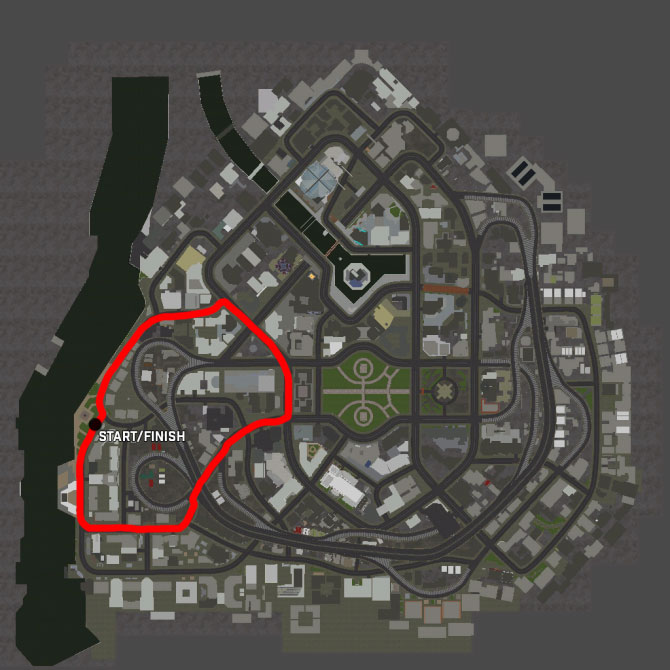 The route above shows the benchmark run that was used in all cases. The test run as outlined above has open areas and enclosed areas in a single run that could be repeatedly reproduced for apples-to-apples comparisons to help identify progress with the Engine Upgrade.

Starting at Darryl Kent, we take a left out and stay on the road passing right of Suji. Taking the next right and keeping the City Council building to our left, we take a right at the crossroads outside of Violet Prentiss and Wilson LeBoyce, following the road as it sweeps towards Javez and passing him on the right. We hold that road and turn right when it meets the river, coming back to end in front of Darryl Kent.

Here are the benchmark results: 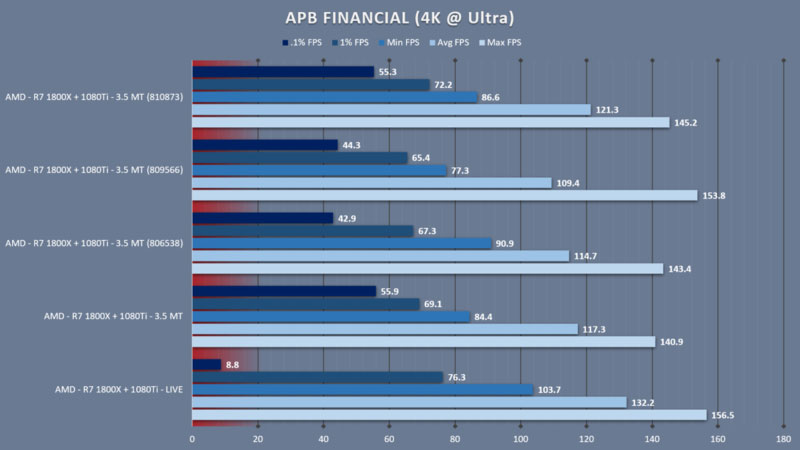 To explain the numbers for the graph:

NOTE: The benchmarks do not included the non Multi Threaded renderer results. The state of the renderer was bad enough when we started that it was clearly well below LIVE and not acceptable.

Here is a quick summary of our development timeline on the Engine Upgrade:

And here is a walk through of the results working up from the bottom:

CHECKING IN ON CUSTOMER SUPPORT

This has been an ongoing issue. Clearly my staff was too small, and our trouble ticket queues ballooned as soon as we announced unbanning players. Since then we have been hiring staff and improving tools to help speed things up. As of today, there are 819 total tickets (unsolved) which continues to come down week by week, and there are 523 total tickets that have not been touched (contacted). Today we are answering tickets from June 5th, which means we are now at a 23 day response time.

23 days to get a response is still far too long for support turnaround, but these are the lowest numbers since we took over last year.

I try to update the CS stats on Friday. You can see progress here:
https://forums.gamersfirst.com/topic/810-tracking-customer-support/page/2/