After months of manipulation and clever business deals, the Redhill Institute of Technology (R.I.O.T.) has infiltrated San Paro's financial district and set in motion their plan to rid the city of its violence problem by eliminating their source - Criminals and Enforcers.

Lured to the scene by the promise of money for aiding Redhill or the desire to stop them, you need to watch out for their emitters planted throughout the area. They will eventually release their lethal chemical concoction. Luckily, there is a way out. An escape van awaits and will evacuate out the last team standing. But this isn't a free ride. Either take everyone out or bribe the driver with the most cash to get out of the city. This is, of course, all before time runs out.

To get started, pick your favorite weapon loadout and enter the RIOT district. You'll have a brief amount of time to decide whether to team up or take your chances with strangers. Take this time to run around the map and familiarize yourself with the changes that Redhill has made. 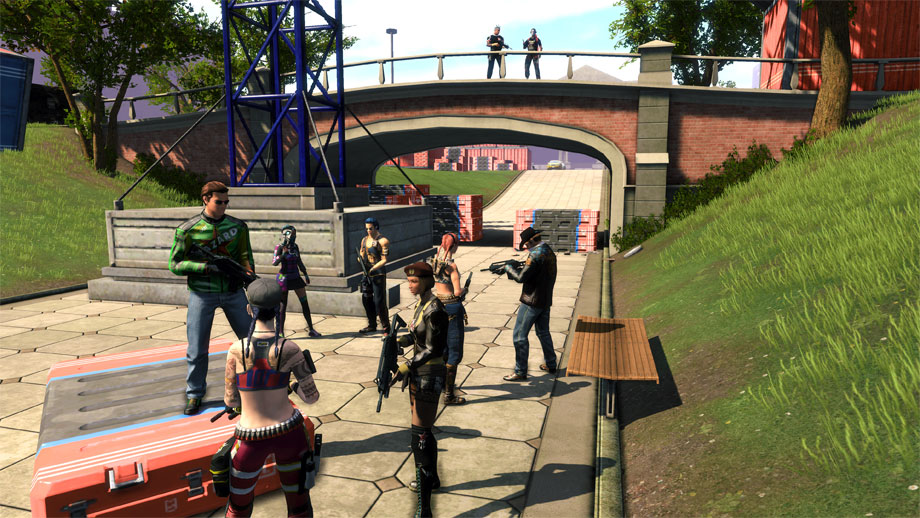 Once the mode has started, everyone will have their weapons removed and you'll be left with a single handgun. You can improve your odds of making it to the end by scavenging randomized weapon drops and building a cash stash.

The van will arrive in the final safe block and its driver will be waiting for the biggest bribe. If you can collect enough cash, you can find the van and deposit it to win.

Your cash will help you in other ways as well. It can allow you to: 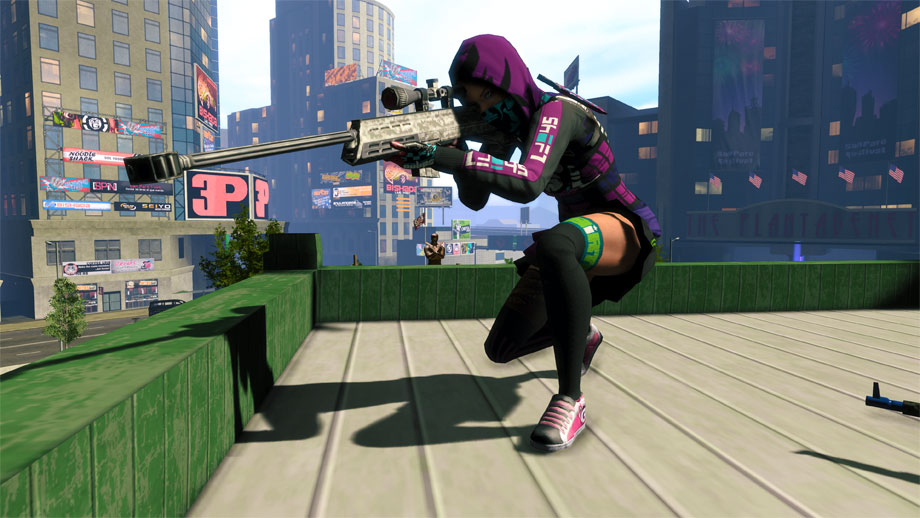 Emitters will start triggering around the map on their own and blocks of the district will be filled with highly concentrated lethal chemicals that will slowly close off the map. The order that the blocks close is random. Empty blocks are safe. Yellow blocks have an emitter that has been activated. Red blocks have been triggered and are dangerous to enter. 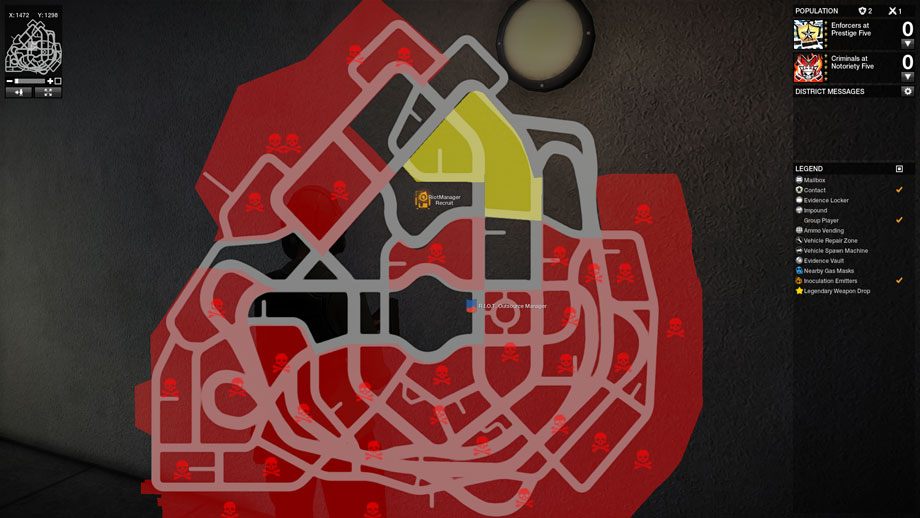 If you want to make some quick cash, Redhill will pay handsomely to any players who speed up the process. Find any of the R.I.O.T. PDAs to acquire a time-limited access code. Use this to activate any emitters before the code expires. Make sure to not linger. 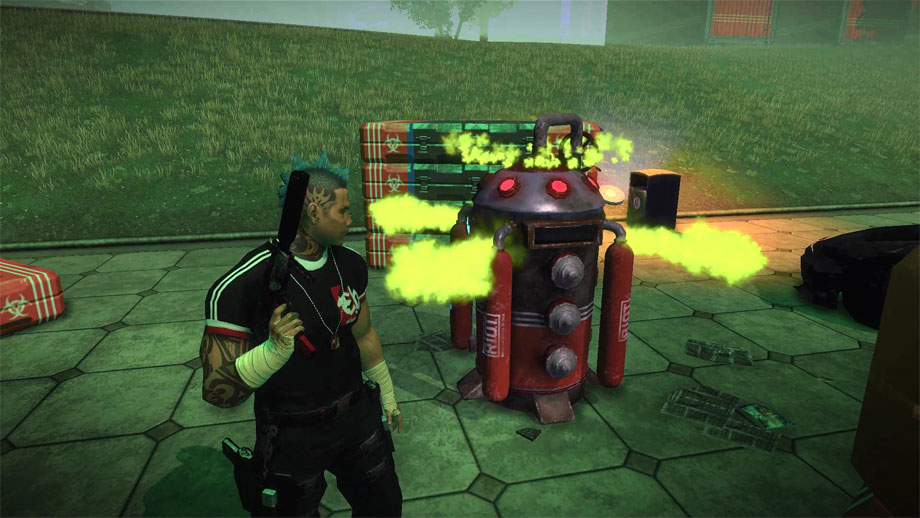 To safely enter the chemical clouds in dangerous blocks you will need a hazmat suit. You can find these lifesavers in containers scattered across the district. However, they won't last forever, and it'll take some time before you can equip another one. Plan your escape carefully. 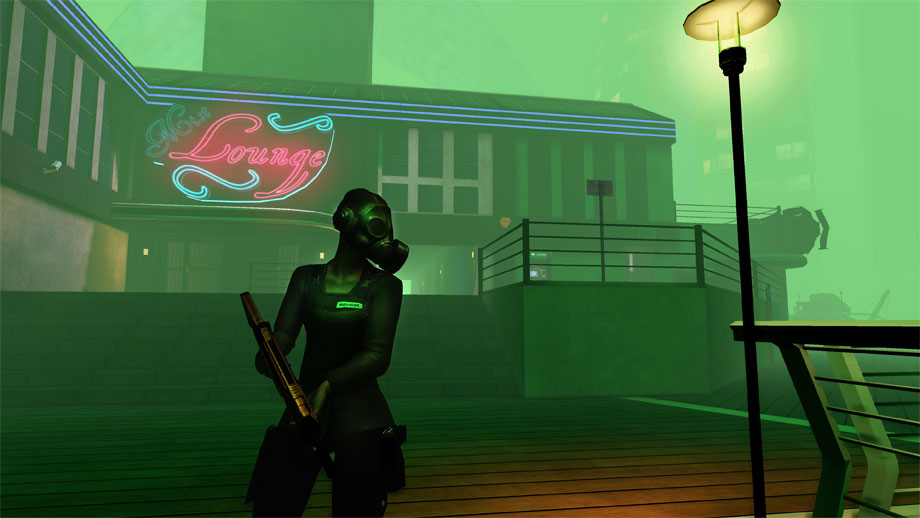 Those who make it to the last zone will then race to deposit cash into the escape van. The highest bidder or last remaining team will get a safe ride out of the Financial district.

Our core intent is to be open and transparent with the community but just note that some specifics may change as we follow the development path.

The goal is to release RIOT Beta as a "Pre-season" as soon as we can on the live servers. The Pre-season won't have the following, but it will have rewards to chase for a limited time. The hope is that once the engine upgrade is ready we will formally kick off RIOT with Season 1. This would include a full set of content.

With RIOT we want to introduce Season-based rewards and potentially items that can be used in the main game modes. Don't worry. We still have plans to expand mission-based content, but RIOT gives us an opportunity to make specific things available sooner, as opposed to burying them somewhere deep in the contact progression.

We also wanted a Season system that encourages players to play within the time-frame, gaining unique benefits throughout the season, while also allowing new players who missed previous seasons to still gain the same rewards.

At the heart of this repeatable system is a new currency, which we are calling RIOT Tokens. Players will have the option of purchase a RIOT Season Pass at any point during a Season to gain the tokens they missed.

To launch Season Passes, we plan to make the following updates:

Final pricing will be announced closer to the launch of Seasons.

Each regular season will have 15 contact levels and several achievements that players can progress through. All players can earn the APB$ and reward items for each level.

RIOT Pass players will also get a RIOT Token for reaching specific levels. Within each Season, players can win up to 15 RIOT Tokens. These will be used to buy very limited things in the RIOT Token Shop. Items in the shop will be kept season to season, with multiple season's worths of content in the shop being available at any one time, though they might eventually rotate out.

Players who enter RIOT at any point in the future will start at season one.