Autumn Assault is a near 3-week event running from Nov 19th through the 4th of December. During Autumn Assault we will be running daily Gun Game matches in each district. Nearly 100 chances to win the new ACCOUNT BOUND Weapon Skin!

Gun games are back but with a twist!

In Gun Games matches, players are assigned a pre-set weapon. You are tasked with scoring points for that weapon. Once you meet your goal, your weapon is replaced with the next weapon in order. This will continue until you have conquered the final challenge, at which point you win the game.

Here is how Gun Games matches work, in case you need a refresher:

A series of three Gun Games will be spawned every day - that's three daily matches on Citadel, Nekrova and Jericho. Due to the system intensive nature of the explosive Gun Game match, we will only be running those on selected days which will be announced beforehand.

The explosive game requires you to have a very good PC as well as a very good connection to the internet otherwise your game experience might be affected.

The schedule for the Gun game matches will be published later this week.

During the Gun game matches, we will also be having a Social Media Challenge.

You will have to customize your character or your car to blend in with a background of your choosing (it must be in the game). Players will be able to redeem AUTUMNASSAULT to get 2-day premium! Read more about this challenge on our Facebook page or Twitter! 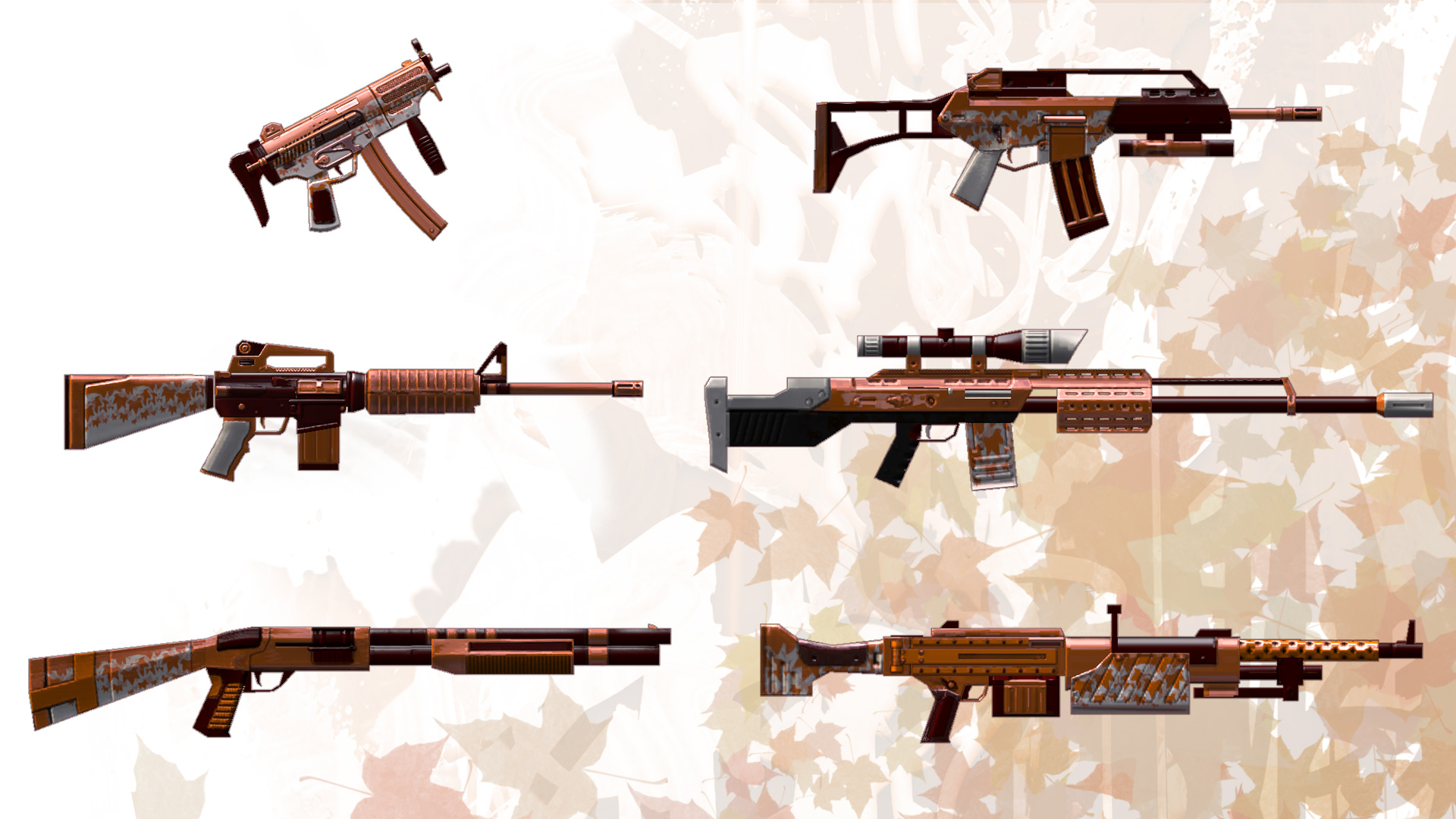