And with it comes a nefarious plot to poison San Paro's Residents and turn them Evil! Having discovered a dangerous contagion that will turn citizens into mindless zombies, an evil corporation has paid our players to spread it amongst the masses. Unbeknownst to them however, two other corporations have had the exact same plan, and are preparing to release their own pathogens.

Here are some details and a quick rundown of how Epidemic works.

We've created daily activities and rewards which will be randomly assigned once a day when entering this event.

Complete these side tasks to gain extra rewards!

Start of the Game:

In the Epidemic District, there are three beginning territories (top, bottom left, and bottom right) that your character will randomly get spawned into and these represent the different starting points for the infection teams: Undedox, Zombicine, and Necrocite. Your team's color is in the team icon at the top of your HUD and there will be the same colored toxic gas surrounding you. Don't worry! Your team's toxin can't harm you. 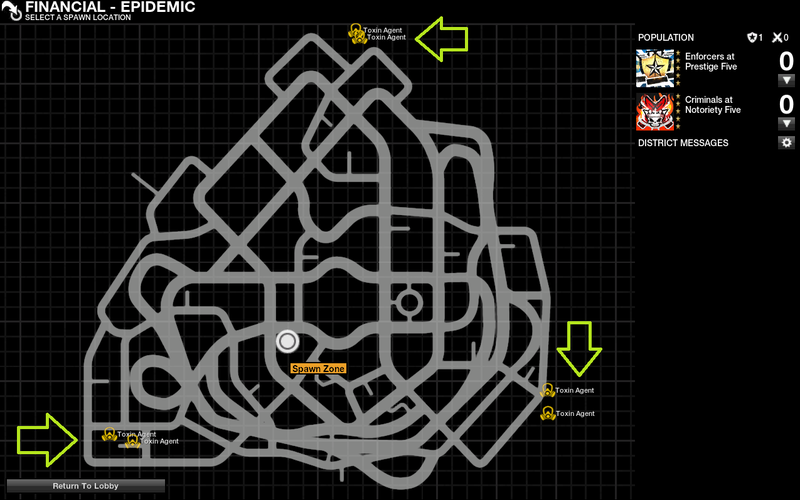 These are immediately available in your team's starting zone and need to be transported to neutral areas in order to spread your team's infection. Be warned: these barrels are filled with corrosive chemicals and can only temporarily carry the your team's virus. Once you pick up the barrel, it will slowly degrade and then eventually explode. They will take time to fully infect a neutral territory and they can also be destroyed by gunfire, which makes them vulnerable to attack. More barrels will spawn in captured territories, which will help you take your virus to even further places across the map. These barrels will be visible on your map as barrel icons. 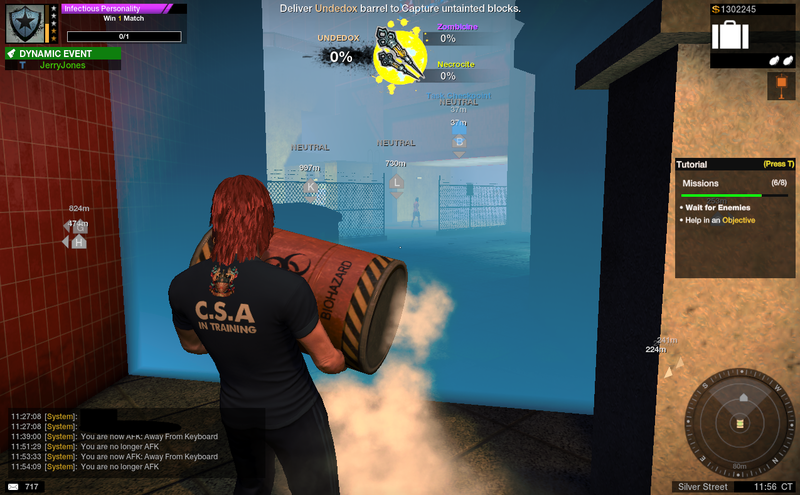 When the game starts there will be neutral territories that spawn and noted on your map as task checkpoints (shaped like a baseball diamond). Also, their borders will be blue. To start, there will be six neutral zones that need to be captured by placing your toxin barrel within its boundaries. As the teams increase their infection percentages, more neutral areas will become available for you to infect. The more areas your team controls the faster you'll reach 100% infection. 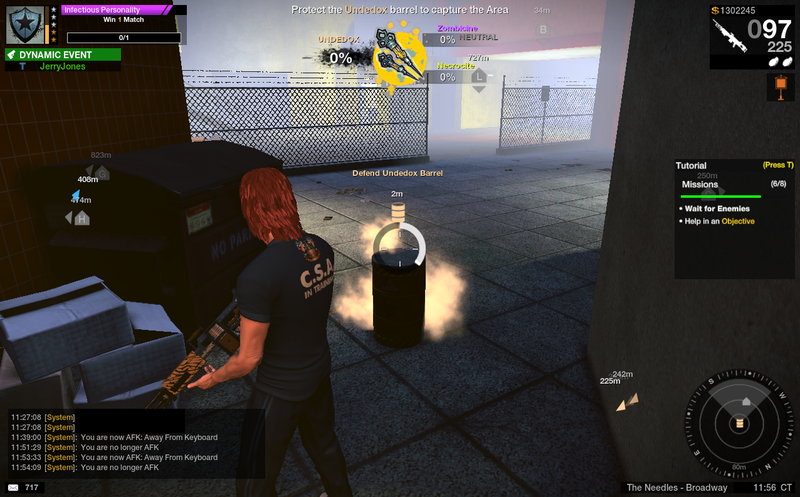 As soon as a toxin barrel is placed down inside a territory, the borders will change to the color of the team who is currently infecting it. Every captured territory will spawn a large barrel bundle somewhere within its borders and they keep the area infected. Once this bundle is destroyed, the territory will become neutral again and available for other teams to capture. These bundles are built with stronger materials and do not degrade over time. They are difficult to destroy and they are surrounded by toxic gas that will harm enemy players. 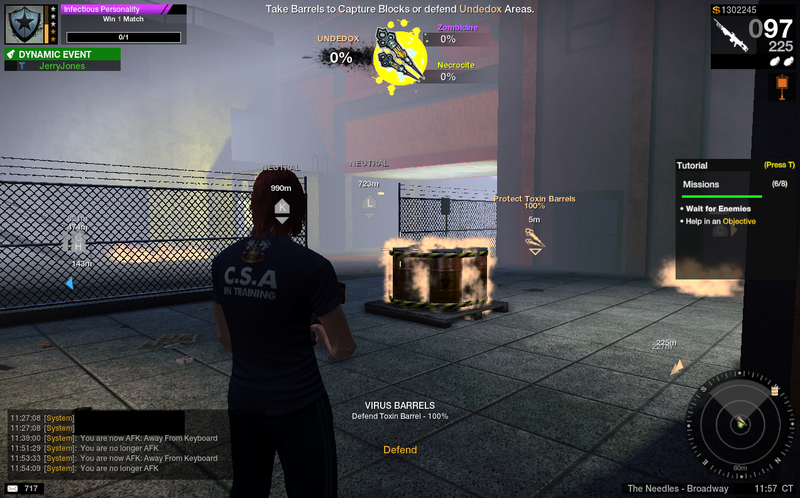 If the park is still neutral, then all you have to do is lay down a small barrel and wait for it to complete it's infection timer to win. If the park is captured by an enemy team that's not at 100% infection, you must make the park neutral again before capturing it to win.

If your team is not at 100% infection yet, don't give up. Your team can still capture the territory, forcing the enemy teams to make it neutral again. Protect the captured territory to buy your team time to reach 100% infection and have a shot at stealing the win!