May Update - Inversions and the creatures they spawn

This month, we're going to change things up a bit and refocus on design. Specifically we're going to talk about the system we designed for extra gameplay that we originally called Fractures.

Before I jump into that, let's do a general update and a roadmap for the next couple months of updates.

Last month, I let backers know we were going to be migrating everyone to the GamersFirst forums.

Those emails went out about a week ago.

If you didn't get one, please contact support@littleorbit.com. The instructions provided a unique code that you can use to link your Kickstarter rewards to your GamersFirst account. This will enable us to get you the proper forum badge when they are available.

Please don't misunderstand. The goal is to get the community back involved with Unsung, and this is our online platform now. However, your information is safely stored with Kickstarter and BackerKit. Even if you don't migrate to GamersFirst, you'll still get your game and other rewards as long as you filled out the BackerKit survey.

Each month I write around 1,000 words (sometimes as much as 3,000), and as hard as we try to make a cohesive update with screenshots and video, I can't always align our internal milestones, and sometimes these topics aren't what you guys want to hear about.

With that mind, we reviewed the comments from the last couple updates, and here are some topics that we will be organizing for the coming months.

Most importantly, these updates are for you. Please let me know in the comments or on our forums, what future topics you would like to see.

I'm Brandon, a System Designer here at Little Orbit, and this month, I want to give you a small glimpse into the Inversions content system (formerly known as Fractures).

For context, the destruction caused by the 77-year war has taken its toll on the Opus, and the magical schools used to maintain it. Reality is starting to come undone. This has begun to manifest itself throughout the world by way of Inversions; areas where other possible realities have started to seep through allowing chaos to pour into the world and wreak havoc.

This system introduces repeatable, semi-randomized content for players to explore outside of the main storyline. Inversions are unlocked by completing the regular version of the map. Then players can move on to the alternate version of that mission that has different encounters, creatures, starting unit locations, mission objectives, times of day, or weather patterns unique to the region when applicable.

We are still designing these, but here is a quick hypothetical example:

In the main story line, we have a morning mission that involves eliminating all the hostile creatures that threaten your party in the outskirts of Branholme. The story version is fairly straight forward and involves opposing Saxtel army units as enemies.

Once that mission is completed, the player can choose the Inversion. This mission takes place in a what-if alternative history where the enemy attacked earlier during the previous night. This time you must eliminate all hostile creatures without using any Ice-based abilities, and instead of just Saxtel army units, they are helped by monsters known as the "Ancient Ones".

Aside from the fun, Inversions are an exciting source of additional puzzles, experience, and new character items. Players can repeat these missions to experiment with different jobs and skill loadouts before attempting the next story mission.

The core of the storyline in Unsung Story focuses on the 77-year war between the Alionne and Saxtel forces; a battle between different ideologies. Inversions give us the ability to step away from that war and explore other aspects of the world including ... more of the creatures.

Not all chaos or creatures are evil. For the Saxtel Empire, some are worshipped as Gods. 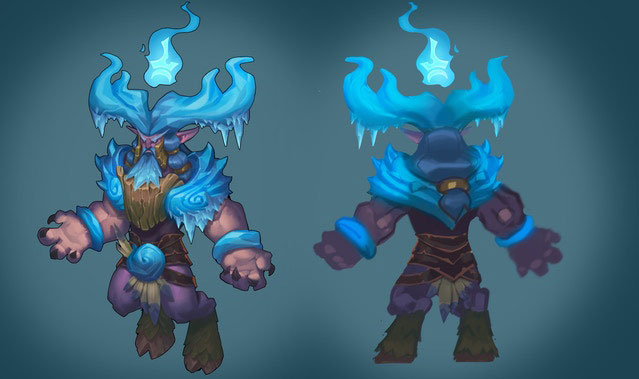 Back in September and October last year, we showed off Lionus Maximus, one of the indigenous creatures of the Alionne Kingdom. The Felidae are their tribal relatives that players can explore in some Inversions. 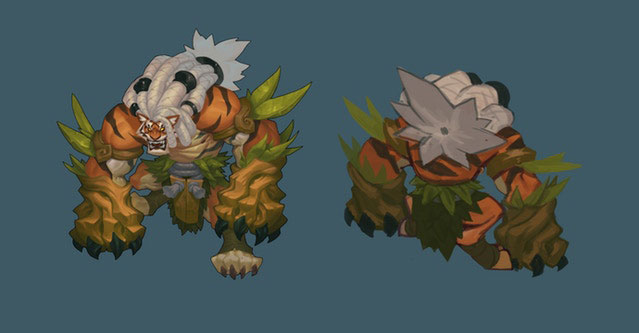 Lastly, are the Mana-infused Kanlong that inhabit the Lethanor region. These sleek dragon-like creatures are formidable enemies. 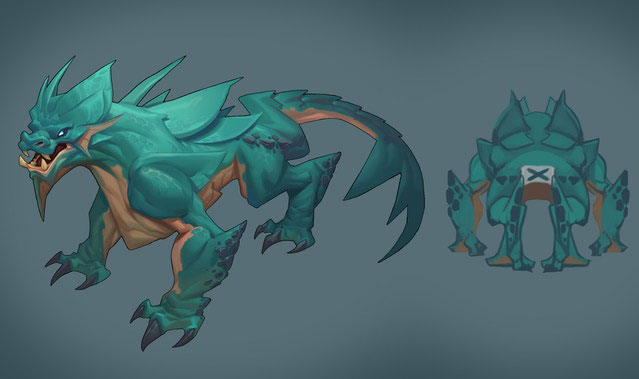 And finally, I'm going to finish off this month with our first Story Character bio.

The renowned knight Leonardo Vensel came from humble beginnings. Born in the frigid climates of the Jelamond territory to a poor farming family, he was raised on the gallant tales of the 'knights of legend' and dreamed of one day becoming a knight himself. As he grew into adolescence, he left home to train at the Hodh School of the Divine to become one of the revered Echo Knights. Gaining a reputation for his dedication and discipline, he achieved his dream of becoming an Echo Knight at an uncommonly young age.

Upon the completion of his training, Sir Vensel said goodbye to his family and moved to Branholme, capital of the Alionne Kingdom, where he would become part of the kingdom's royal guard. Serving with dignity and humility as a royal knight, Vensel would befriend Prince Dragus Walraven, heir to the throne of Alionne. The two men formed a brother-like bond that would last for years.

After a short time, Vensel took a temporary leave from the military to travel the world as a knight-errant, seeking to help those incapable of helping themselves and discovering more about the world beyond the borders of his kingdom. Sailing across the Jakeos Sea to the kingdom of Curia, he had many memorable exploits of bravery and chivalry, making a name for himself there as a hero among the common-folk.

On one such adventure, he rescued a beautiful young woman from a lone kidnapper. This woman was Giovanna Luestra, the princess of Curia, and a romantic relationship developed between her and Vensel. In the end, their budding romance was cut short, as Vensel was summoned to return home to his duties in Branholme. The two parted ways, hoping to one day reunite.

Returning to Branholme, Sir Vensel discovered that his friend Dragus had become King of Alionne. Vensel, having the trust of King Dragus, was appointed to Knight Captain of the Royal Guard. Vensel thrived in his new role and felt a satisfaction in fulfilling his duty to his kingdom, but part of him still longed for the love he left behind in Giovanna. Would he ever see her again?

Vensel's exploits and deeds as Knight Captain would garner great prestige, but there is one specific event that would eventually elevate him to the same legendary status as the knights he heard tales of as a child... an event at the heart of the Unsung Story itself.

But for that, you'll have to play the game. 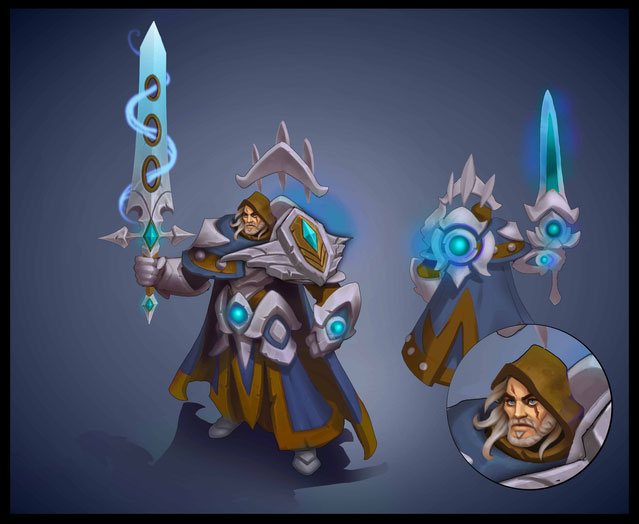