Between traveling to Germany for Gamescom and Seattle for PAX West, we've had an extremely busy August, but I'm back with another update.

This month we're going to talk about diversity.

It's no secret that I love the tactics genre - especially the early games that all heavily influence Unsung Story. However, Artistic Diversity is one of the areas that I feel we can improve on when looking at those games. These previous titles focused on worlds where the population is a single skin tone from a single culture. To be fair, there were clear technology limitations that prevented changing the color of sprites or body features in real time.

Unsung Story focuses on an epic war between to clashing cultures, and I feel like we need to make sure the two sides of that conflict feel uniquely different.

Last month, I made a decision to pursue a solution to a couple different problems we were facing in the project that I felt needed to be solved. I wanted time to address the overly sexualized females, the lack of diverse body types, and give a nod to a more classic art style without losing our original vision.

This month, I'm very pleased to show our progress.

Unsung Story will now feature four body forms for each race and gender: Heroic, Classic, Heavy, and Thin. We had already intended to feature multiple heads, multiple hair styles, multiple skin colors, and eye colors. But this new system not only allows for each unique body form, but it blends between the models and textures to create lots of seamless variation.

When players start the game, they will be able to choose between Heroic and Classic. Rather than prompt for this information directly, our current idea is to surface this question as part of customizing your main unit. From there the game will use that setting to weight how it randomly generates the rest of your band and the general look for the rest of the game. Don't worry. You'll be able to unlock opportunities to rewrite the history for your other units and modify their appearance as you progress.

Please bear in mind these are early iterations and art will continue to change as we move forward. We are still working on conforming all the class equipment and outfits to the new body forms.

Here is our Female Sharpshooter, which is a Technology class from Branholme in Alionne. She was the starting point for our human female base model. As a side note, the artist who did the concept added heels, but there is no intention of using boots with heels in the game. 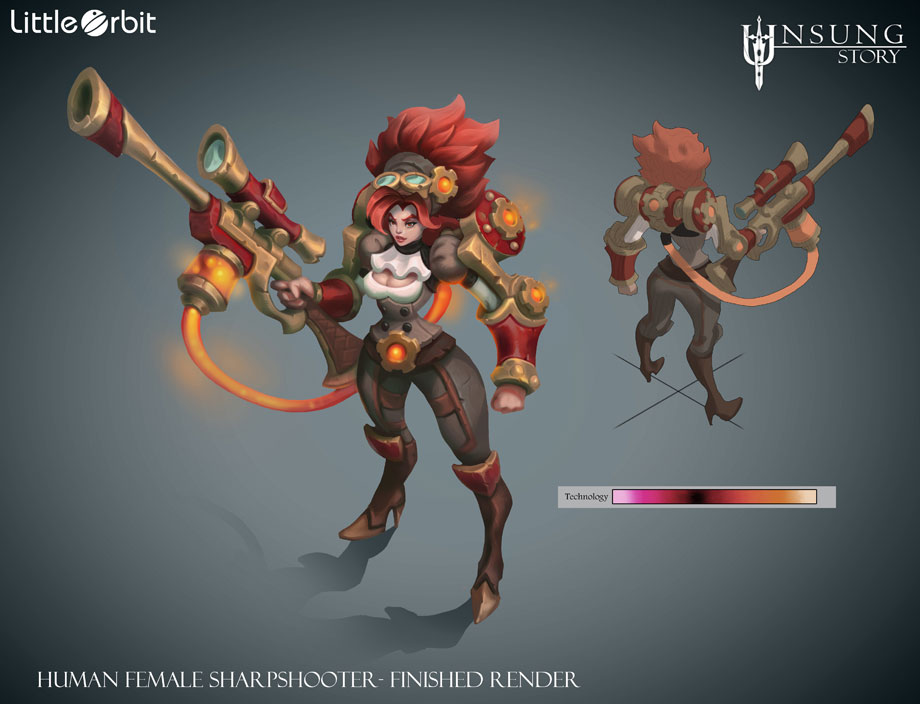 I have classified this version of the Sharpshooter as an example of the "Heroic" body form with more extreme proportions and saturated colors.

Here are some variations for our human female. You'll see examples of the "Classic" body form on the left with more conservative proportions and a less saturated palette. There are more skin tones being worked on, but I didn't have any ready for this update. 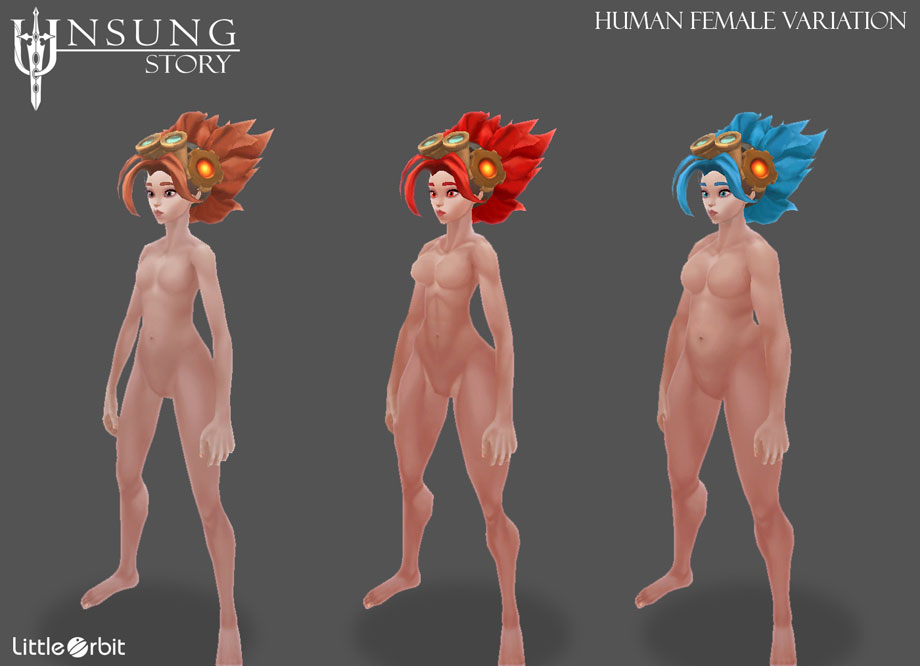 Here is our starting point for the human male model, which was based on the Human Male Disciple. Again, I would categorize this as the "Heroic" version of our Disciple. 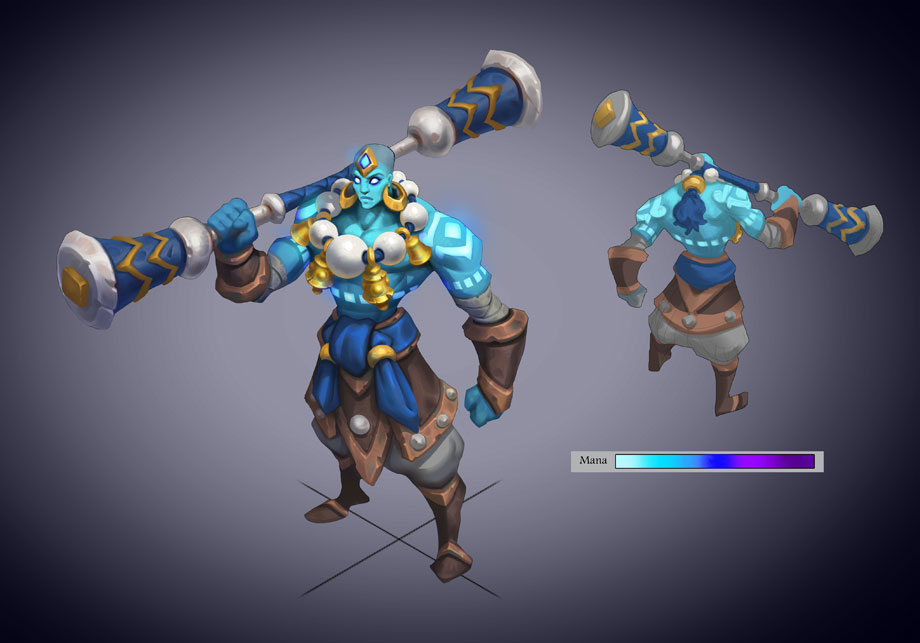 And below is an example of some diversity for our human male showing some skin variation along with our "Classic" body form on the right. 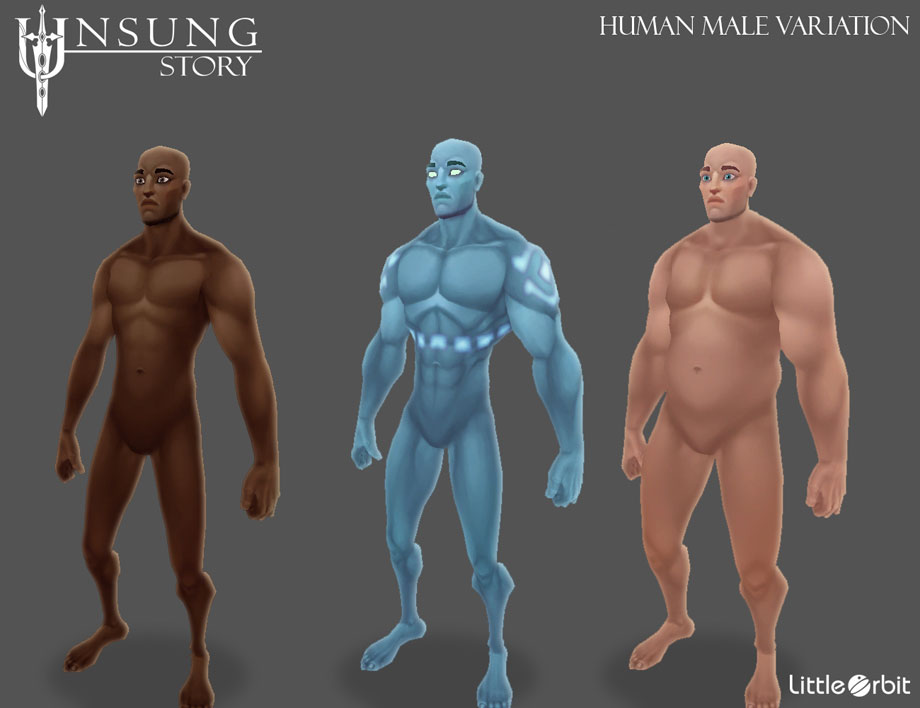 In July, we took a journey to Branholme, the home of the Technology School in Alionne. This month I want to explore the culture of the Saxtel Wilderness and Aramor, the home of the Nature School.

At the opening of Unsung Story, the Saxtel Empire has been at war with the kingdom of Alionne for 77 years. At the heart of the conflict is a big philosophical difference between the two countries. The rustic Saxtel land is brutal and raw in its beauty, and it is also the homeland of the Horned, which I previously showed off in June. 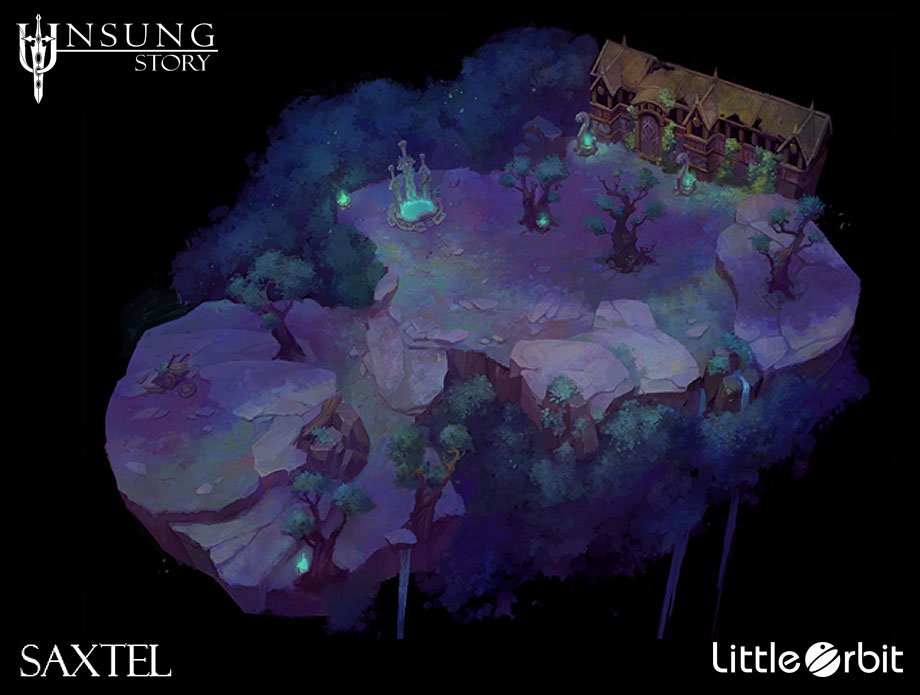 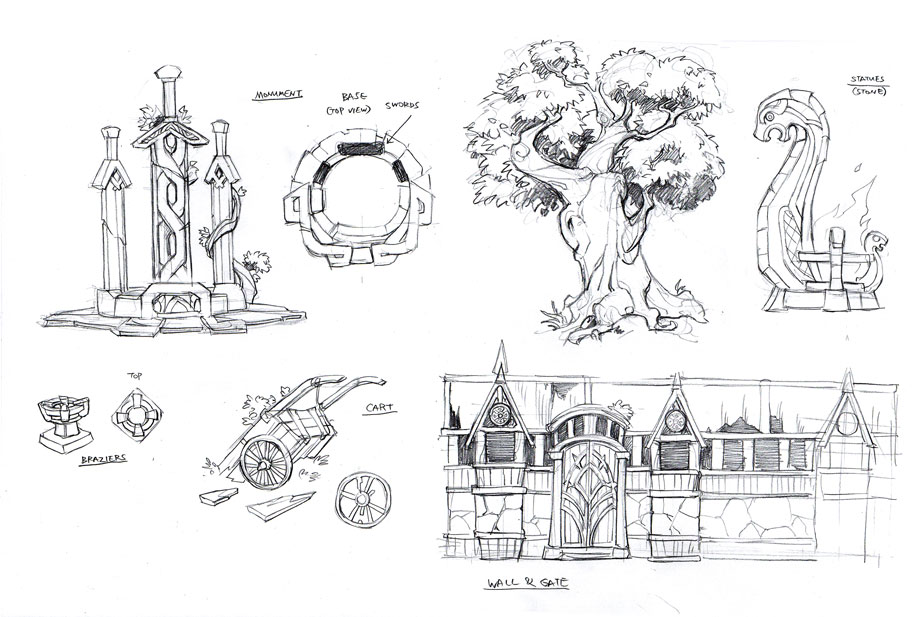 Next up is our Sellsword. He's from the School of Nature and serves as the basic melee starting unit in Unsung Story. We work on the design till we have an approved final render of the class, and then we model out his equipment set over the top of our base human male model. 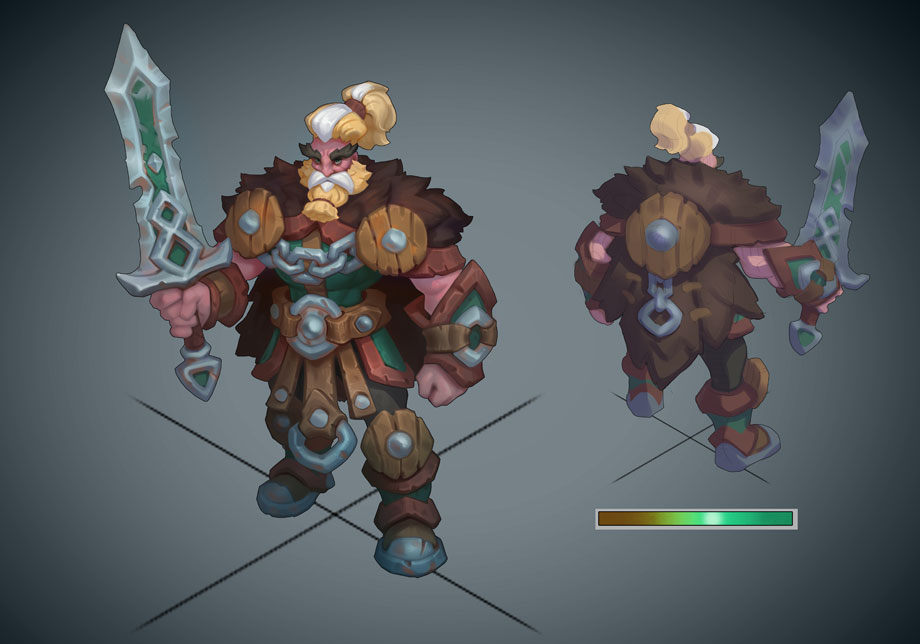 Staying within the Nature School, let's check out one of our more advanced casters - the Plagueweaver. These guys play a role in the 77-Year War, and we will see them featured in a special mission. We explored a number of designs that blended the various cultural influences for the Saxtel Empire. 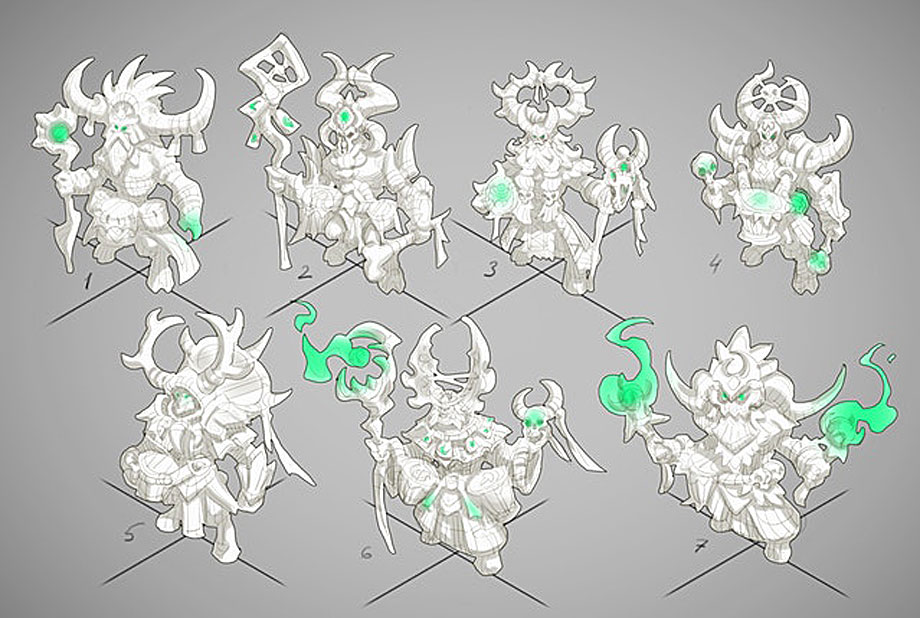 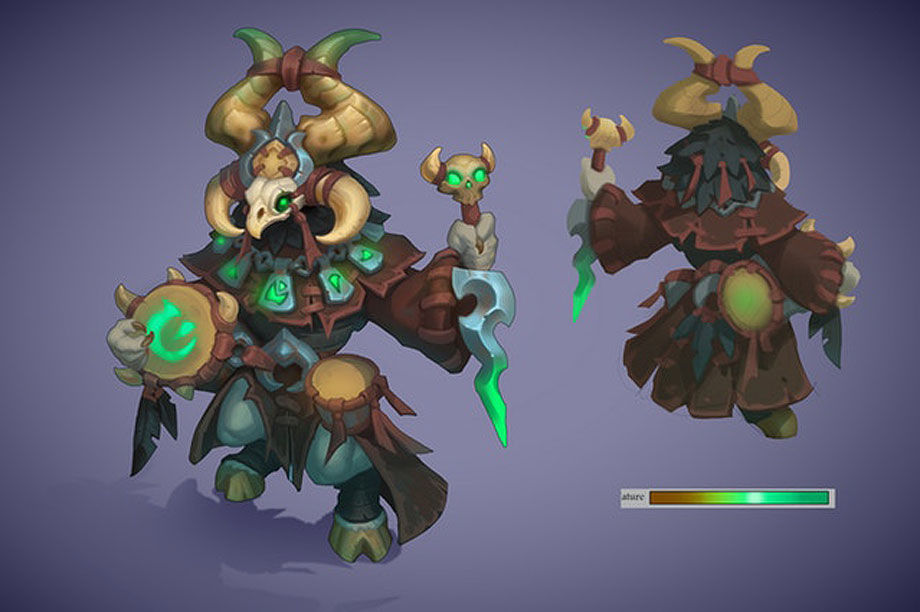 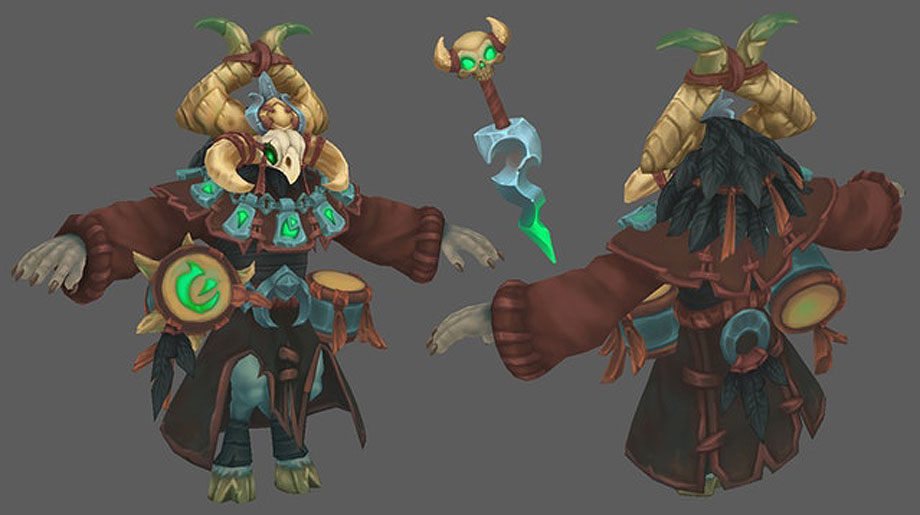 And rounding out the School of Nature is the Archer class. This is one of only two classes that hasn't been finalized. 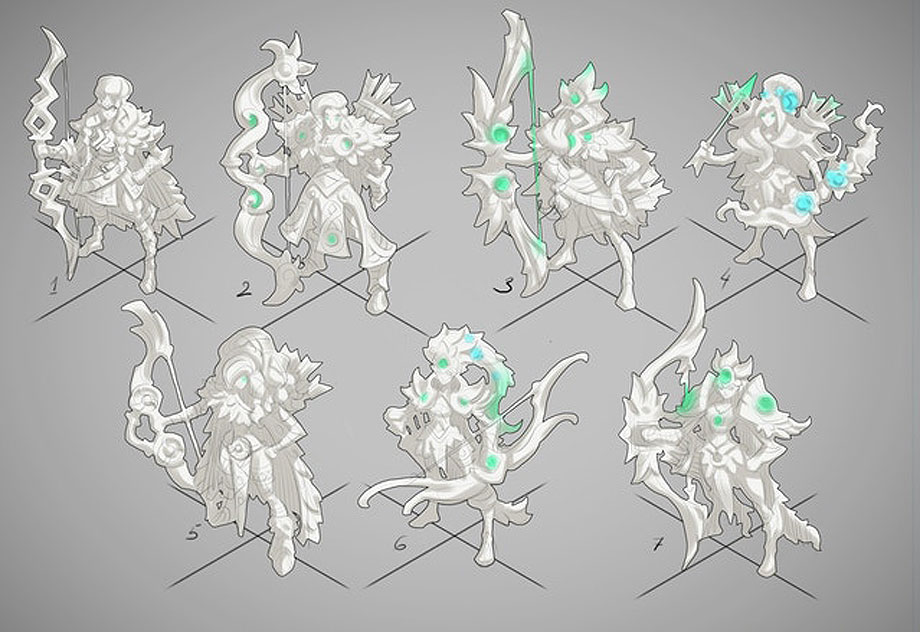 To round out my September update, I thought I would share some of the brand new creature designs.

She is a fire-based phoenix/harpy with several explosive abilities including Spark, Blaze, Inferno, and Cremation alongside their monster ability "Self-Destruct". 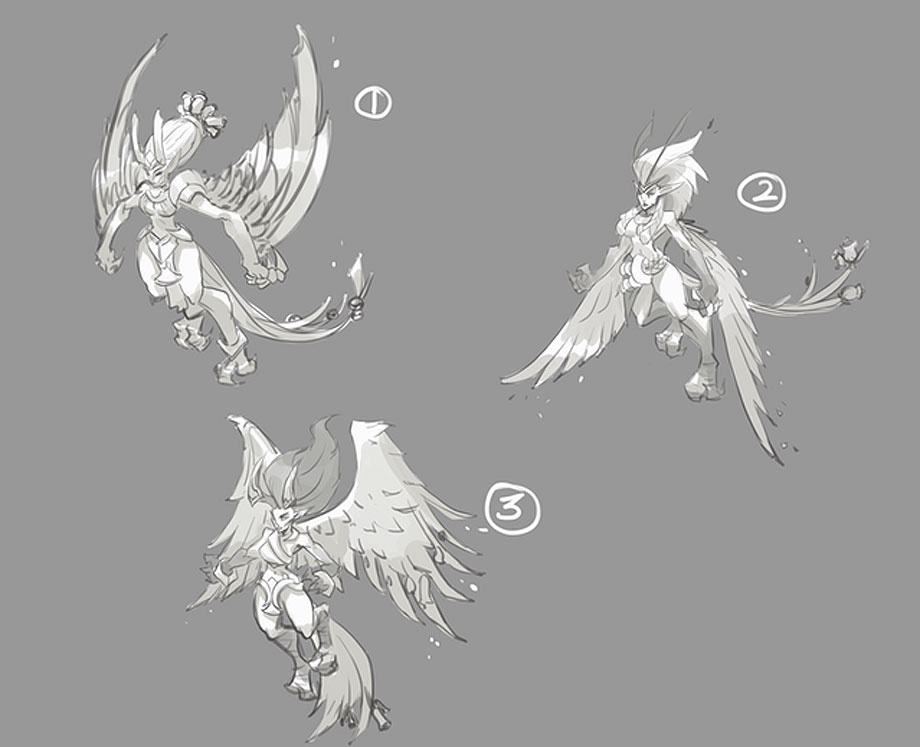 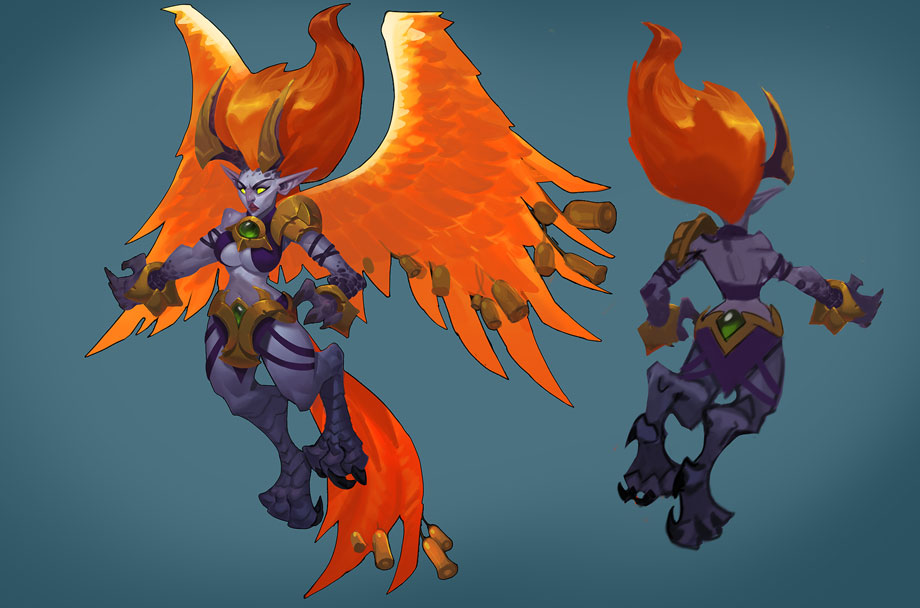 He is a big brawny brawler that hits hard and can take a beating. Not the sharpest tool in the shed, but the Lionus executes Mighty Blows, Shattering Blow, Knockout alongside their monster ability "Wild Blow". 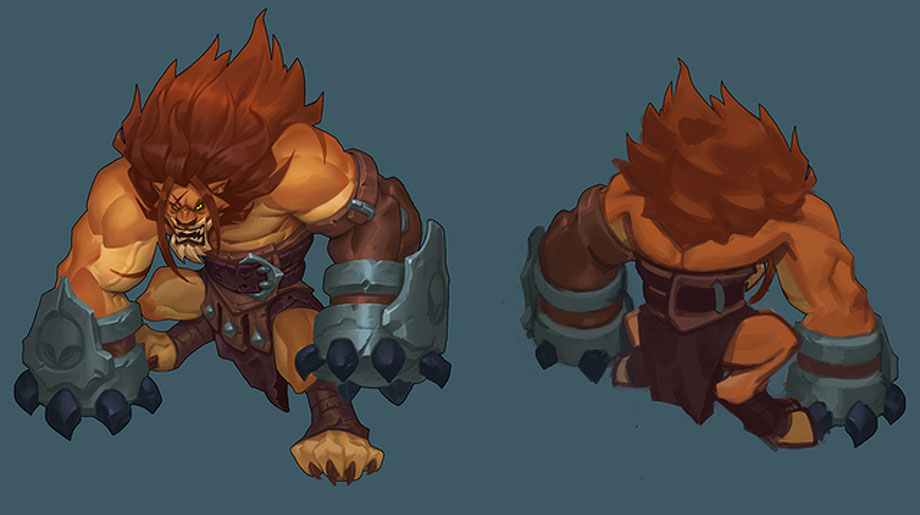 We'll be back next month with more updates! As always, we appreciate your continued patience and support.